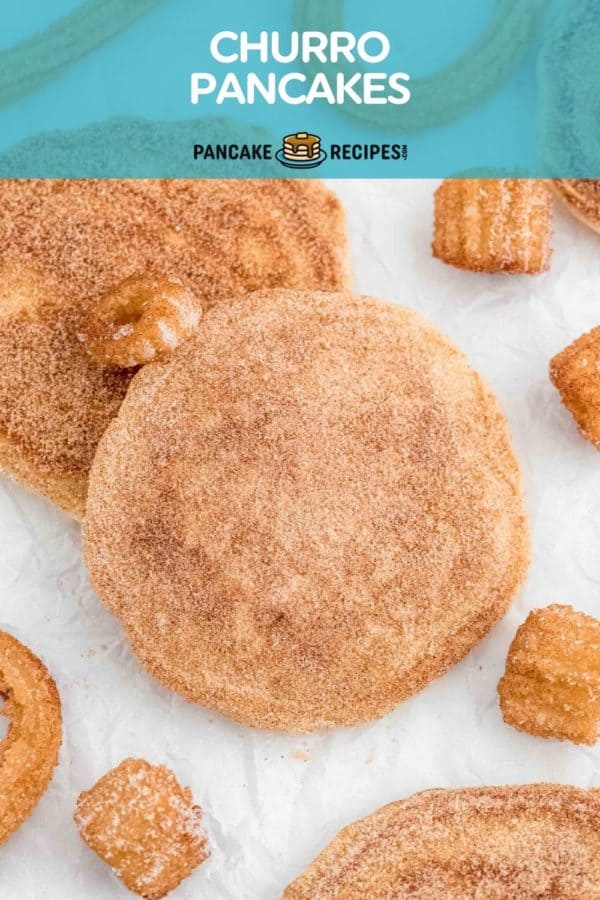 Churro pancakes are an easy way to treat your family to something extra special this weekend! Fluffy buttermilk pancakes coated in cinnamon sugar are amazing as is, or with your favorite toppings!

This recipe for churro pancakes is a copycat version of the ones sometimes found on the IHOP menu and dare we say, they’re even better!

We love recreating our favorite breakfast restaurant menu items, especially when they double as a dessert, like these cannoli pancakes, german chocolate pancakes, banoffee pie pancakes, and tiramisu pancakes. IHOP has nothing on a fresh batch of pancakes made from scratch. It’s a great way to save a bit of money while treating you and your family to a restaurant-style brunch any day of the week! Just add scrambled eggs and bacon!

Deliciously fluffy buttermilk pancakes with a crisp exterior and a cinnamon-sugar coating have the elements of a churro, in the style of a pancake. If you’ve ever bitten into a churro, you know exactly what this means. If you haven’t, well, no matter what you call these, they are a delicious start to the day!

The ultimate breakfast stack couldn’t be easier to make. There’s only a short list of ingredients consisting of basic pancake staples but with one extra step. That extra step results in a buttery, cinnamon crunchy outside contrasting perfectly with the fluffy texture inside.

How do you accomplish that? The buttermilk pancakes are cooked in a generous amount of melted butter and then tossed in cinnamon sugar. That gives them the signature churro flavor.

Since they already have a sweet coating, they don’t really even need any toppings but a little chocolate sauce or caramel drizzle is never a bad idea. Neither is a nice dollop of whipped cream, or even better, cinnamon whipped cream!

Pair it with a cinnamon dolce latte to sip on. You’ll love it! Cinnamon heaven!

Preheat an electric griddle to 375ºF or a nonstick frying pan over medium-low heat. In a large bowl, whisk together 1/4 cup of melted butter and the eggs.

Once they’re mixed, whisk in the water, buttermilk, and vanilla.

Whisk until all the flour is incorporated and set aside for 5 minutes.

While the batter rests, melt the other 1/4 cup of butter and set it aside next to your griddle or frying pan. Then, in a separate shallow bowl or flat-bottomed container, mix the sugar and cinnamon.

Add about 1 teaspoon of melted butter to the cooking surface and pour 1/3 cup of the batter on top of the pool of melted butter. Cook for 5-6 minutes before flipping and continuing to cook for another 2-3 minutes.

Once the pancake is off the griddle, immediately transfer it to the cinnamon-sugar mixture to coat it on both sides. Transfer pancake to a plate, shaking off any excess coating. Repeat with the remaining batter.

What does churro mean?

As much as churros are associated with being a Mexican sweet treat, they likely originated in Spain and Portugal (Wikipedia)! Although we’re not quite sure if there is a literal translation for the word, we do know that churros are a deep-fried strip of dough coated in cinnamon sugar.

Is heaven an appropriate answer? They’re crispy on the outside but fluffy like a cinnamon donut on the inside. The crunchy texture of the sugar crystals and the warming cinnamon flavor is just amazing. It’s easy to replicate a churro with pancakes (and a bit healthier).

How to make these fun pancakes your own

Prepare the cinnamon sugar mix and keep it stored at room temperature. This comes in handy for lots more uses than you can count (hello cinnamon toast crunch pancakes) so it’s a great blend to make ahead of time.

Keep leftover pancakes stored in an airtight container for up to 3 days in the fridge.

If you know ahead of time that you’ll be freezing some for later, skip the sugar and cinnamon coating until later on when you reheat them.

To freeze them, keep them in an airtight container or freezer-friendly bag for up to 1 month.

If you store pancakes that have the coating on them, layer them with parchment paper to help avoid them freezing in a clump.

Reheat them in the microwave for 20-second intervals until warmed through. 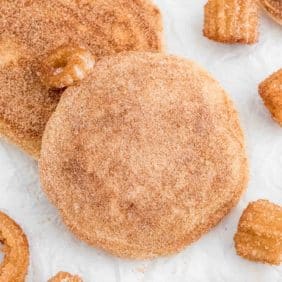 Get the Recipe: Churro Pancakes

For making the pancakes: 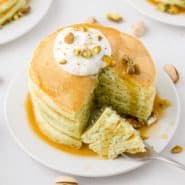 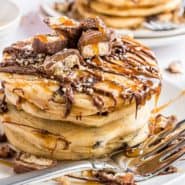 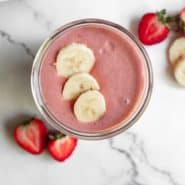 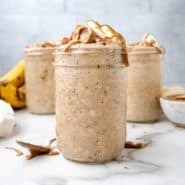 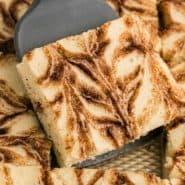 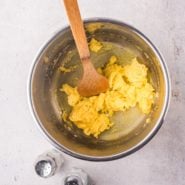 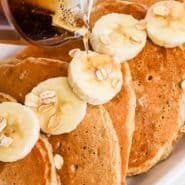